Drug testing is common in family court cases involving the care and custody of minor children when one parent or party accuses the other of illegal or legal substance abuse.  If the accusation is made, then the Court is likely going to order both parties to test.  This is a double edged sword, as many accusers are accused, they’re tested, and sometimes they FAIL.

In criminal law, you can claim that the drug test was ordered without probable cause. Family law is different. The judge in an Arizona family law case has the authority to order drug testing to protect the children. You can always refuse, but the Court will presume the test is positive and proceed accordingly.

What happens if I test positive for illegal drugs?

A positive drug test, or refusal to take a drug test, will probably result in supervised or limited parenting time, and/or loss of custody.  Keep in mind, the Court will work with the parent to try and get them “clean,” so parenting time can be re-established.  Arizona laws want the Court to make sure every effort is made so the child has a relationship with both parents.

Are all drugs the same, as far as the Court is concerned?

No, the “harder” the drugs, the worse the restrictions could be.   A positive test for methamphetamine will probably be seen as an immediate danger.  Medical marijuana may be allowed, if you hold a card. But just because a drug is legally prescribed for you, doesn’t mean the Court is going to allow it.  If you’re zonked out all the time, the Court may decide that it is NOT in the best interests of the child to let you spend a lot of time with them. But the Arizona Revised Statutes says that evidence must be presented to prove this.

D. No person may be denied custody of or visitation or parenting time with a minor, and there is no presumption of neglect or child endangerment for conduct allowed under this chapter, unless the person’s behavior creates an unreasonable danger to the safety of the minor as established by clear and convincing evidence.

What’s the difference between a urine drug test and a hair follicle drug test?

A hair follicle drug test, is a more comprehensive test than a urinalysis. It tests for: 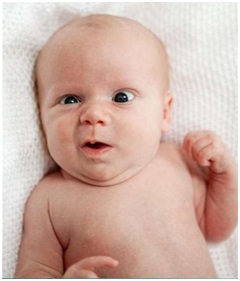 If you’ve in a child custody case where drugs are involved you need to consult with a family law attorney, to protect your relationship with your children. Call Enholm Law at (602) 889-6273.