Are we able to operate in the heat better? Do we need less water? Maybe we tan, and don’t burn.

Or is it more about the state laws; the Arizona Revised Statutes.

The framers of the Tenth Amendment to our Constitution wrote about the separation of powers between the federal and state governments.

“The powers not delegated to the United States by the Constitution, nor prohibited by it to the States, are reserved to the States respectively, or to the people.”

This limits the power of the federal government to those things only covered in the Constitution. What does this have to do with an Arizona Divorce Lawyer? Well…I’m getting there, albeit slowly.

The framers don’t mention family law in the Constitution. They wanted family law, to be written and enforced locally. That means we get to decide what our own concerns are, as Arizonans, on how to handle a dissolution.

First of all, we the people of Arizona, through our elected representatives, decided that Arizona was to be a ‘no-fault’ state.  Almost all of the states have gone to this model, to alleviate court proceedings that were clogging up the system for years and in hopes to remove some heated emotion. 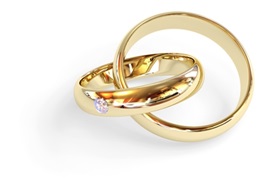 So, back to the original question, what makes an Arizona divorce lawyer different? We have to know all of these things and many more, including the more recent provisions of the Arizona Revised Statutes that require the Court to try and get both parents more involved in the rearing of a child, if there is a dispute surrounding a minor child. This became more apparent with the revisions in the statute in 2013.